Korean company LG has been a worldwide household name for decades; since well before cellphones were even a thing. Its five divisions produce everything from home entertainment and appliances, vehicle components, to mobile phones and accessories. LG definitely knows a little something about trends in consumer electronics. If you’ve ever been curious about their offerings then you’re in luck because we’re taking a look at the best LG Bluetooth headsets.

Mono Bluetooth headsets can be problematic. Extended use is uncomfortable because weight is kept on the inside folds of your ear. And the units are small so they’re easy to lose.

Mono headsets also can’t do double duty as headphones. There’s no way to easily go back and forth between a call and other audio.

LG’s design solves both these issues. 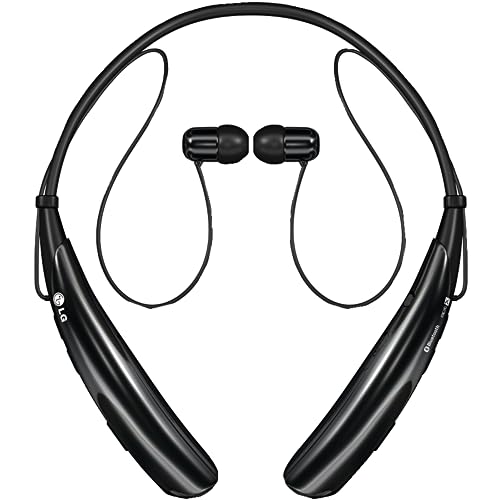 The HBS-750, or Tone Pro, is the perfect combination of entertainment and professional capabilities. It’s everything you need for fun and life on-the-go.

Pro’s 3D NeckBehind is contoured to fit around your neck. Indeed, wearing it feels light and seamless. The band curves nicely and doesn’t jostle. It’s hollow so the earbuds attach inside. They stay in magnetically and hold even with the most aggressive shaking. You don’t have to worry about them falling out while you’re riding your bike, or if you hit a pothole while driving.

Charging and pairing were simple with one charge lasted about 15 hours of normal use. You can even connect Pro to two devices at the same time and seamlessly switch between the two; a feature LG calls Advanced Multipoint. This proved especially useful when using a laptop and phone. Taking a call while working on a project caused no disruption for either.

Tone Pro is super easy to use. Controls are situated on the neckband so they’re easy to find as well. The call button and charging port are on the left; the play-pause is on the right. Each of them must be hard-clicked which is good because you won’t accidentally hit the wrong control.

We tested LG’s Tone Pro with video, calls, and music. There was some audio lag with videos but streaming high-quality content wasn’t a problem. Sound was clear no matter how we listened through them.

Tone Pro is exceptionally comfortable, easy to use, and performs well. 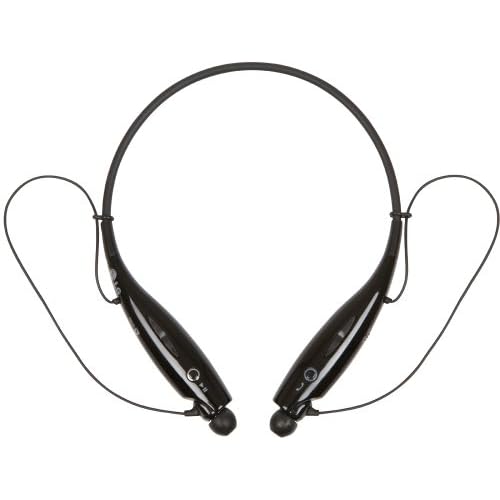 The HBS-730, Tone Plus, adds features for better call and sound quality.

The device is one of the lightest stereo Bluetooth headsets available. Its neckband is malleable but neither kinks nor loses it shape. This flexibility is really convenient if you’re trying to work around clothing.

Like Tone Pro, the Plus has raised controls making navigation intuitive and simple. Play buttons are on the right of the neckband and the charging port on the left. We got slightly less time from Plus but still a respectable ten hours.

The deceased usage is expected considering Plus includes noise reduction, echo cancellation, and an adjustable equalizer.

Music balance and clarity are exceptional. Plus handles music better than calls. Calls can sound slightly mechanical but are still functional nonetheless. Background noise isn’t a problem for calls.

The are what you need when music is your first priority. They’ll satisfy anyone but the most discerning audiophile. 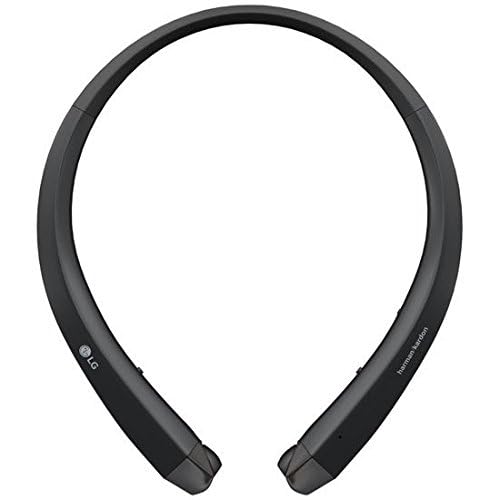 Tone Infinium is the highest-end headset in LG’s Tone series.

Controls are housed in the same location as the other products in this series. But Infinium features a metallic housing instead of plastic, Harmon/Kardon audio, and dual noise-cancelling microphones.

The Infinium sounds richer and crisper than Pro or Plus. Harmon/Kardon premium audio that’s built-in gives them better balance and frequency response as well. Calls are noticeably clearer.

Its Bluetooth 4.1 pairs more quickly than the previous Bluetooth 3.0. It’s a small unnoticeable upgrade but will help the product’s longevity as audio devices change.

LG’s Tone Infiniun is a step above the others.