Listen up audiophiles – we know that in order to be at the top of your sound game, a headphone amp is a must. Knowing which one to buy is always tricky, so to help you out, we’ve reviewed all the best portable headphone amps on the market and created a short list as well as our ultimate choice for which one to buy.

If you’re in the market for a headphone amp, no doubt you already have some pretty serious headphones. There’s no point in letting that go to waste by either not having an amp, or even having the wrong one. Every single ohm counts, after all. We’ll take a look at price, weight, and of course impedance (essentially just how much vibration, and therefore sound, the amp allows for).

Why Buy a Portable Headphone Amp

There are two main reasons to buy a portable headphone amp:

Breaking Down the 3 Best Options 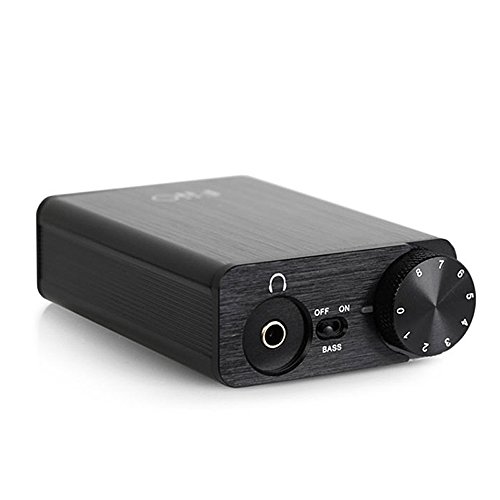 The FiiO E10K portable headphone amp is lightweight, powerful, and provides tremendous bang for your buck. You’ll find this amp near the top of many “best headphone amp” review lists, but we’re declaring it to be the best of the best.

At 2.7 ounces, the E10K is actually the lightest of the bunch. Don’t let that fool you though, this amp delivers a serious thump. Bass-heads will love the built in 3dB bass boosting circuit. Flip the switch and the difference is definitely noticeable, which is exactly what you’d expect from the best product out there.

For those familiar with the E10, the K version is a big step up. E10K uses a different chip, the PCM5102 DAC, which makes a world of difference in the output power. The aforementioned bass boost also took a step forward, and the E10K uses a micro USB cable (the same found in Android phones) as compared to the mini USB in the E10.

If you’re looking to expand your audio experience with more clarity, warmth, and wide and detailed sound, then the FiiO E10K is for you. The value you get with this amp is simply unmatched. 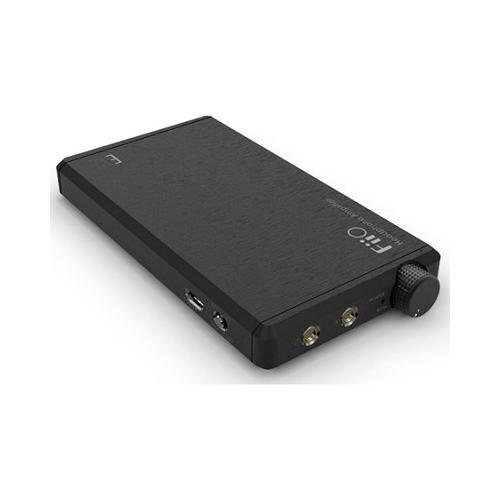 The E12 is heavier and more expensive than the E10K. It also does not come with the DAC chip. These are main reasons it falls just shy of the top spot. There are still a handful of advantages of the E12, however.

The aluminum body is very durable and can withstand more wear and tear than most amps. This is probably the E12’s best and most defining feature. Those who travel a lot might seriously consider the E12 for this reason alone.

Some people claim the bass is deeper in the E12 than other FiiO models, but we found them to be essentially the same. The sound stage, on the other hand, did feel broader. There are some clear advantages to the E12 and for the right person, this could be your top choice, but most people will be better off with the E10K. 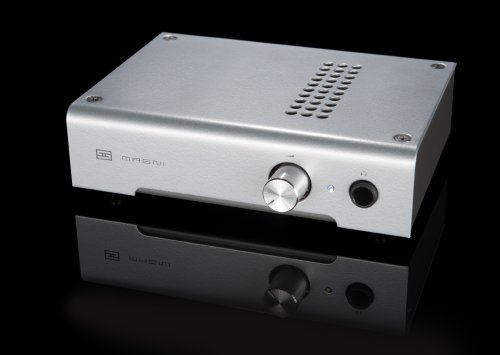 The Schiit Magni is the heavier than the E10K and the E12 combined (although still only 1.4 pounds). It falls in between those two in price while having its own set of unique advantages.

Perhaps the biggest of those advantages is the headphone input which fits the widest range, including many hard-to-drive orthodynamic models. The Magni also brings American-made muscle with a maximum of 600 Ohms, twice as much as the FiiO models. Although this may sound like a huge upgrade, most people will never need this much impedance.

If this amp falls short anywhere, it would be sound quality, which we felt was just slightly better in both the E10K and E12. The sound coming through your cans can feel a bit distant at times and lacking that all-encompassing breathe of sound. All in all though, the Schiit Magni is still a great value.